Ok, so, it's been forever since we last posted about our studio progress. In fact, it's been so long, we had just finished the drum recordings. And since it's been long, we've progressed quite a bit. But of course you knew that already, since you're reading our facebook page, right? Right. Well, I thought I'd type something up in any case. 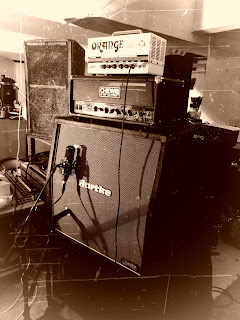 What we've mostly been dabbling in is guitars. As we're hesitant to reveal too many details about the album at this point, I'll refer to songs by their working title. We've got guitars ready for "kurozu", "lenore", "renssi", "kööri" and "ibn-qirtaiba" as well as some guitars for the intro track. At this point we're wishing we were better at playing our guitars, but also very pleased with the outcome and the sound we've managed to conjure up using the finest in awesome signal processing devices. My personal favourite is the Black Arts Toneworks Black Forest Overdrive, which I purchased just after we recorded the live at studio takes. What we've been going for is, naturally, Soviet tractors and I must say we've come pretty darn close. 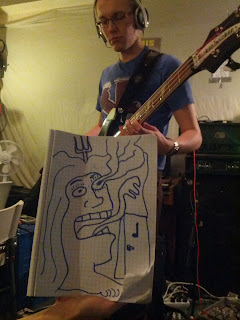 We've also managed to get some bass done. Sami got himself a Rickenbacker and the end result of said acquisition is an even doomier tone than before. He's also taken up a hobby of building himself stompboxes to further benefit the sound. Here's an illustration of one particular sound with the maestro himself plucking on a fine riff. Bass tracks are done on "lenore" and "renssi", with the rest to follow soon after.

There remains also some work for the guitars yet, plus, of course, vocals, and even some extra instruments such as keyboards (don't be scared, they won't be overwhelming) and acoustic guitars.

So, don't hold your breath yet, since while we've made good time, we're not nearly there yet. In the meantime, enjoy good beers and worship vibrations while the moomins circle ever on. 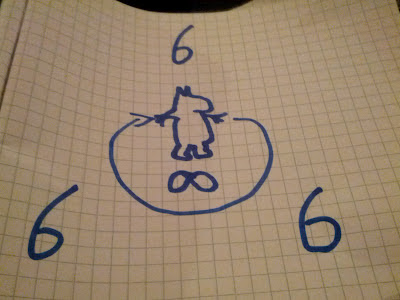 Peace, love and loud noises,
-Henri
Posted by Unknown at 00:11 No comments: